With years of experience in this sector, BMP works with and has a broad range of relations with partners than can assist with advisory and project development throughout the country. The goal is to understand and unlock the value of natural resource assets through application of environmental market principles. Many of BMP’s partners have unique experience with specific environmental sectors that provide the best in class expertise on complicated issues. BMP principals have a unique relation with Earth & Water Strategies, serving as Partners of the firm and leading the advisory service of E&W’s Environmental Markets and Asset Management practice.

Ecosystem Services Exchange (ESE) is an integrated corporation that works with agricultural producers to deliver improvements in water supply and other ecosystem services. The ESE Team brings a variety of innovative tools, expertise and capacity to the challenge of meeting 21st Century environmental challenges. Whether it’s reducing nutrient loading in waterways, improving agricultural productivity or improving habitat and bio diversity, ESE has the expertise and tools to implement cost effective solutions on agricultural lands.

Founded in 2001, WestWater Research is the leading economic consulting firm in pricing, valuation, and transaction advisory services for water rights and water resource development. The firm has completed over $700 million in transaction advisory and valuation services. With a national practice, WestWater assists clients that are buying and selling water entitlements and other water assets through comprehensive financial and economic analysis of water markets on a regional and local level. With offices in four states (ID, WA, AZ, CO), the team has over fifty years of experience in the water sector. WestWater’s proprietary database – Waterlitix – is the largest and most comprehensive pricing source for water transactions. Through Waterlitix, we keep our clients ahead of the curve with accurate information on market performance and trends. By combining our extensive deal experience with strong market knowledge, WestWater creates value for clients through innovative and unique deal structures. Several of their transactions have been internationally recognized as “Water Deal of the Year” and called “breakthrough” water deals for the investment sector. WestWater provides financial sophistication to the water rights and water development sector. The firm works regularly with a range of institutional investment and private capital firms in originating transactions and sourcing capital for water development and acquisition projects.

Storm and Stream Solutions, LLC (Storm and Stream) is a small business that provides cutting-edge services in areas ranging from policy and economic research of alternative project delivery approaches, market-based frameworks and funding/financing options associated with green stormwater infrastructure to technical aspects of water resources projects to adult education development and delivery in the stormwater and stream assessment/restoration sectors. Storm and Stream is well-suited to be a niche addition to any team that has a contract or is pursuing engagement with needs to address the services listed above. 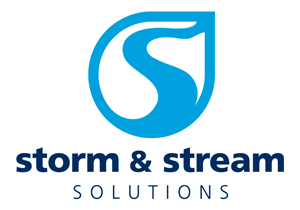 5 Smooth Stones Restoration (5SSR) was founded in January 2015 by Dave Bidelspach. 5SSR was created with a mission to share talents and knowledge with others in the industry of applied fluvial geomorphology and river restoration. 5SSR teams with partners that also focus on excellence in providing turnkey river restoration solutions. 5SSR also works with existing partners to offer a Design Build construction solution to limit the risk to the project clients and owners.

Bluesource is a market-maker, an advisor and a capital source for environmental markets. For over 20 years, the Company has been a leader in climate change and low carbon environmental products and services starting with its first transaction in 1996; the capture and large-scale sequestration of vent-stack carbon dioxide.

Today, Bluesource creates emission reductions from over 20 different technologies in over 85 locations across 46 states and 4 Canadian provinces. Bluesource has become the dominant player in environmental markets with deep expertise in carbon capture and storage, forestry, transportation, energy efficiency and food processing along with significant environmental market positions in energy production, ODS, mine methane and energy efficient cook stoves in developing countries. Environmental advisory services for the United States and Canada began in 2008 and cover private, public and NGO evaluations, strategy, product development and launches, support for environmental marketplace creation and development, and transactional support such as protocol development as a sampling. Over the past several years, Bluesource has developed expertise and transactional experience in renewable energy (RINs, RECs, RNG), environmental mitigation (land use, habitat protection, restoration) and climate change adaptation.